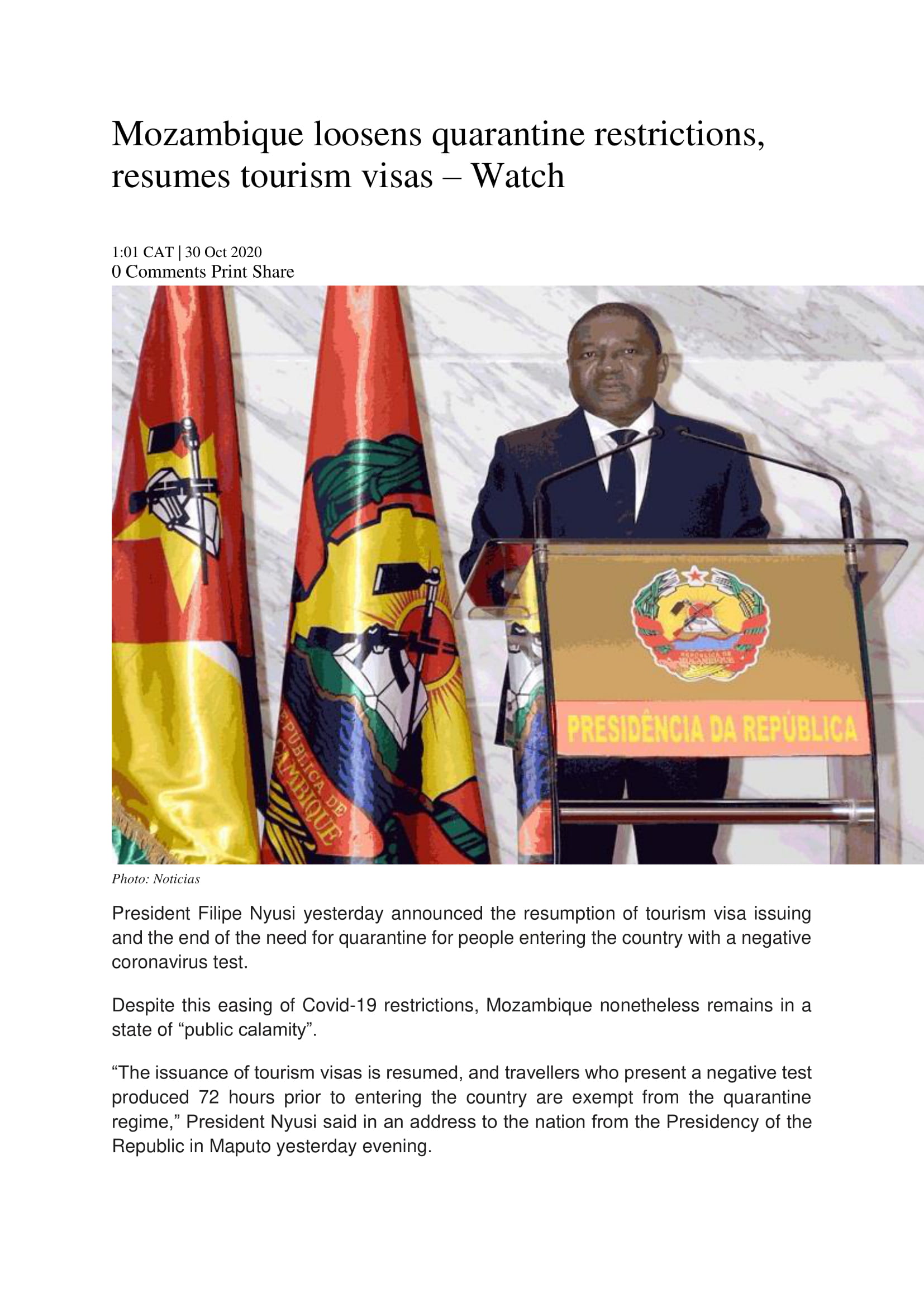 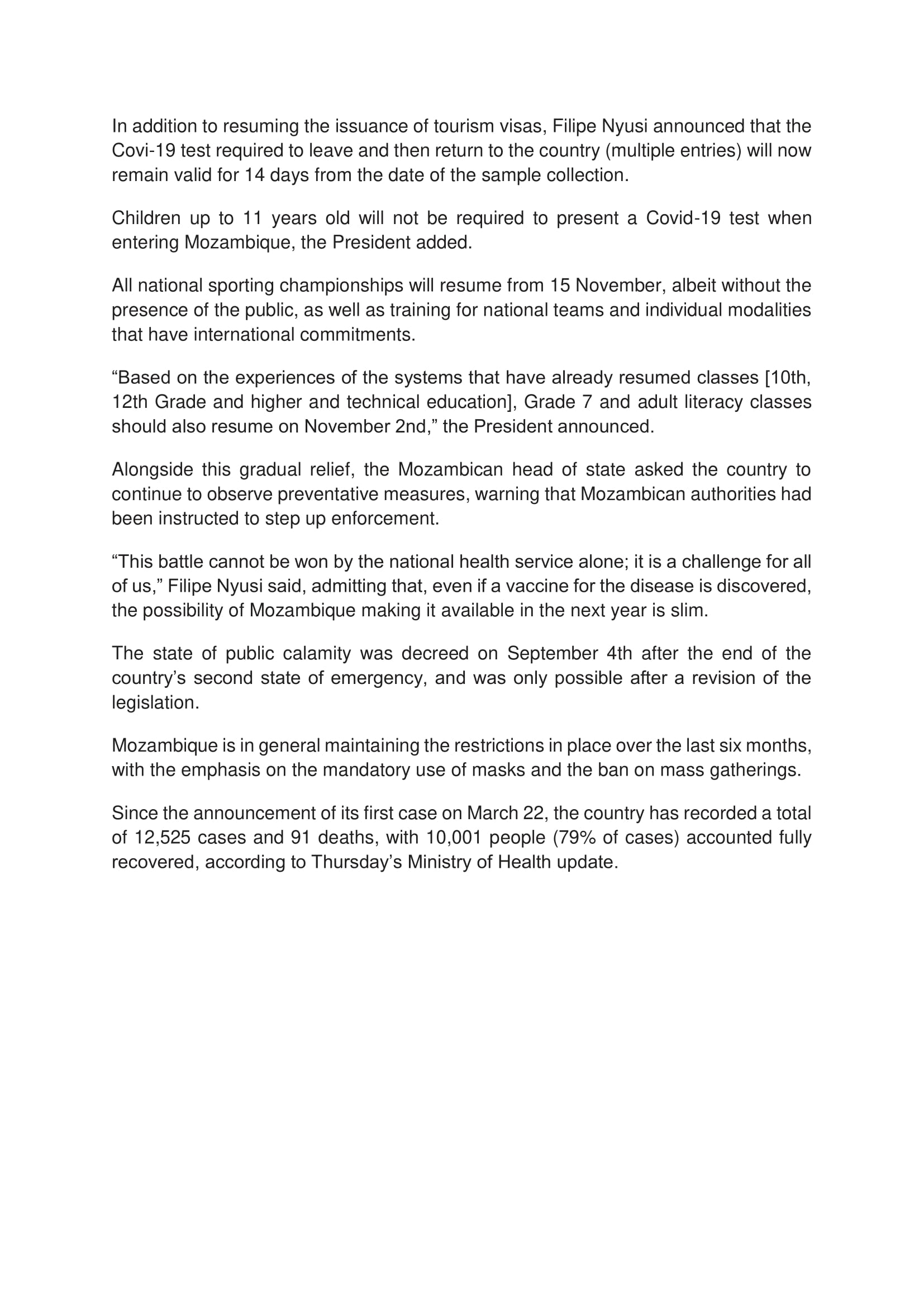 Update on Covid-19 and travel to Mozambique

Exciting news for those hoping for a foreign trip for the holidays: Mozambique has just relaxed its travel restrictions in a bid to boost its tourism industry, which has been decimated by lockdown. In a national address last Thursday, Mozambique’s President Filipe Nyusi said diplomatic missions could resume the issuing of tourist visas. He did not make it clear, however, whether the visas would be available at airports and other points of entry, as they were before the pandemic. South African passport holders, anyway, do not need a tourist visa for stays of up to 30 days. Until now, everyone arriving in Mozambique has had to undergo a mandatory 10-day quarantine. Now, a negative PCR test, done within 72 hours, will suffice. Travellers who do not present a test at the border will have to quarantine for 10 days or take a test at their own expense. Children under 11 are exempt from the test requirement. For those who may need multiple entries in a short period — presumably mainly for business — the test will remain valid for 14 days. Nyusi said the measures in force to restrict the spread of Covid-19, including the wearing of masks in public, handwashing, and social distancing, remain in place. Mozambique declared a state of emergency on March 30, after which only citizens and foreign residents could enter the country. In August, restrictions were relaxed to allow entry for business, but this is the first time since the pandemic began that the borders have opened to leisure travellers.